VISION Pakistan has been working in the area of Child Rights in Pakistan since 2001. In addition to lending our voice to the larger debate in Pakistan on the implementation of the Covenant on the Rights of the Child, VISION has a special focus on the sexual and commercial exploitation of children and the illegal trafficking of children for these purposes. Our 15 year experience in the area has seen us successfully execute projects dealing with the rehabilitation and support of street children in various parts of the country, including Swat, Murree, Abbotabad and Lahore. All of VISION’s rehabilitation work through its drop-in centers, shelters and education centers has also amassed a considerable repository of research and behavioral study.

Initially an organization focusing on the rights of the transgender community in Lahore, we noticed a very clear and constant connection between our work and the plight of street children. Most transgender people are turned out of their homes by their families because of they do not conform to the unfortunate social concepts of normalcy. Once these individuals children end up on the street, they are at the mercy of a harsh and manipulative environment. As we probed deeper into the issue, we became aware of the larger problem facing children on the street, irrespective of their sexuality.

Lahore 1995: VISION was a group of like-minded individuals who were brave enough to highlight the tabooed issue of Child Sexual Abuse(CSA) at home and the necessity of protecting children anywhere and everywhere. A beginning of a journey leading to Destitute Children’s Act 2004 in the province of Punjab, Pakistan.

This process was started in the year 2004 in partnership with European Commission and this partnership has been consistently renewed for last seven years till now. In this process according to a very modest estimation VISION has reached out to approximately 7,000 to 8,000 children on the street. With all its challenges and lack of supporting state infrastructure VISION has been successful in reunifying approximate 17,500 to 2,000 of these children with their families.

Similarly, it has been able to provide till to date safe shelter to numerous children who sometimes work as a transit point for them to get away from streets and negotiate their way back to their own homes. In addition to this, on daily basis VISION provides safe shelter, food, sport and educational activities, healthy and age appropriate recreational environment through its safe space for children.

One of the many success stories emanating from this process of VISION is documented at the end of this progress report (Story written for website). VISION has been nominated as a lead agency to implement two initiatives on child rights in the national plan of action by National Commission on Children and Women Development (NCCWD). The Lahore process has been verbally approved for a renewed three year grant by European Commission (EU) till 2013-14. 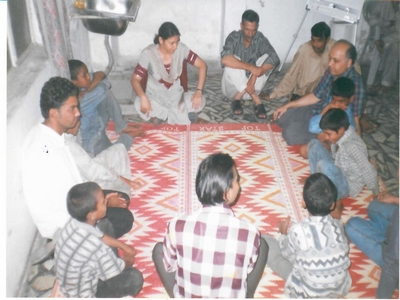 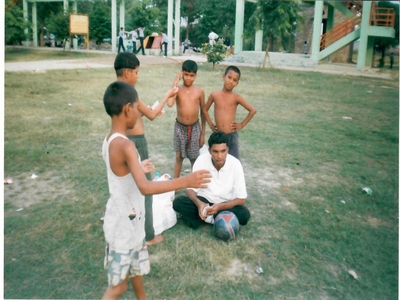 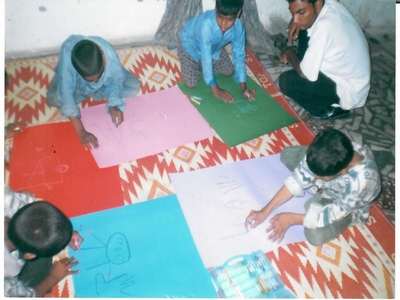 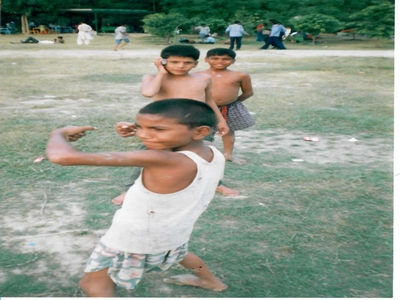 The Abbottabad process for children that has now taken a shape of a functional resource centre on the right of the child is progressing as one of the very few child rights resource centre in the country that is providing trainings, conducting researches, and developing behavioral change communication tools (BCCT) that are rooted in the indigenous realities of the country and the region. Currently, The Abbottabad Resource Centre is the first ever training platform of Pakistan that provided training to a group of women that have formed an organization with an objective to reach out to girl child on street and/or in domestic labor.

This work may be one of the pioneering efforts to ever emerge from Pakistan and especially in a province that generally gets stereotyped as a conservative province i.e. Khyber Pukhtoon Khwa (KPK).

Furthermore, one of the storylines that has been published by VISION for creating awareness on bodily changes in male child has been appreciated by UNICEF and through a partner organization VISION has been told that UNICEF desires to convert the storyline in to a puppet theater, that can be shown on the streets to cater to larger audience of children who may not be able to read the storyline itself.

The final storyline in this series of three books on sensitizing children to protect themselves against sexual abuse and exploitation on streets is close to completion and will soon be published a proper pre-testing exercise. The earlier two books and a puzzle on defining self image has been introduced in to all boys boarding school and the feedback regarding its initiation is very positive from the teaching staff at this school.

In addition to this, The Resource Centre has conducted a Knowledge Attitude Survey (KAP) in the town of Murree and Peshawar. This survey was funded through a small grant program of International Labor Rights Forum (ILRF) based in Washington DC. This survey is focused on understanding the knowledge attitude practice on trafficking (inter-provincial) of children and along with the general perception on child labor at these two places (Peshawar and Murree). The survey also conducted a desk research of the lacunas in legislation on child labor and highlighted the gaps between the existing laws and their implementation. 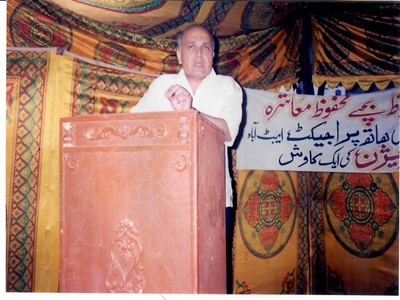 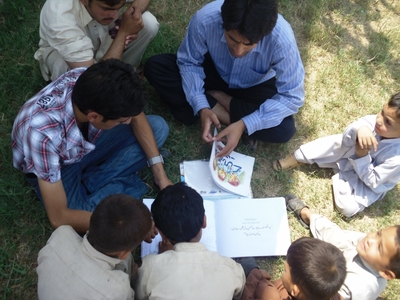 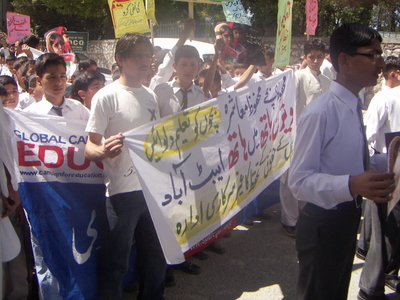 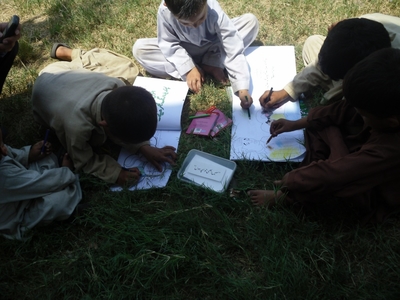 In 2009, European Commission (EU) through one of its grant making organization in Pakistan funded a pilot intervention in a summer mountain resort town of Murree. In this intervention VISION was suppose to map the town of Murree both geographically and socially and the context in which the mapping was suppose to be done mainly focused on children and their environment. Along with this mapping VISION was also suppose to reach out to some of these children and understand the reasons for their presence in different parts of Murree during and beyond summers. As an outcome VISION discoved that children were being trafficked to the town of Murree in summers and beyond, and with trafficking children were put in to commercial sexual exploitation and/or abused otherwise as well. A child irrespective of their age and capacity were forced in to vending and forms of labor that not only expose them to health hazards but also created a very unsafe situation for them. 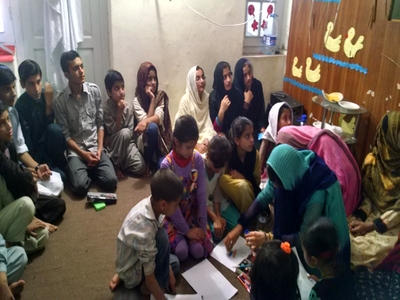 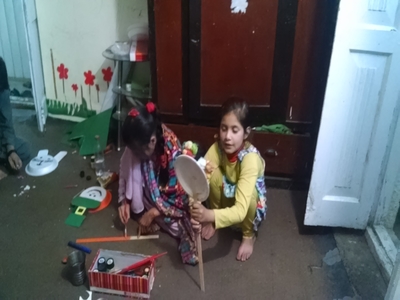 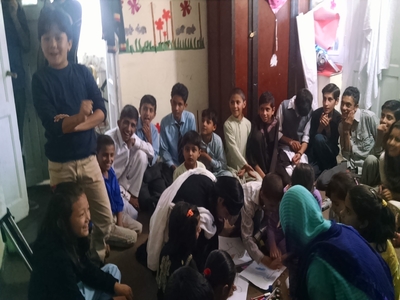 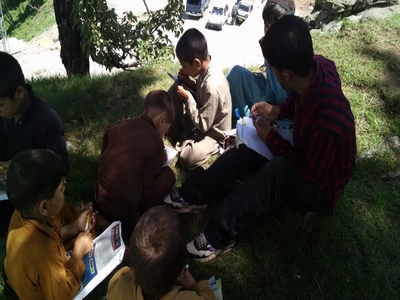 November 2015: Report on Internal Child Trafficking from the Four Provinces to Murree, Pakistan in summer months- Some Important Demographics 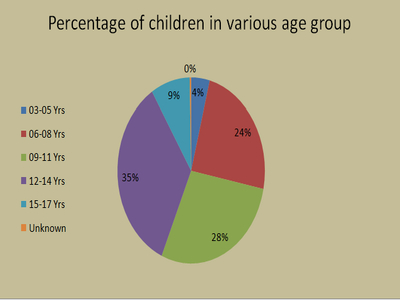 Fig 1: The figure reflects the ages in which the Children were Trafficked to Murree 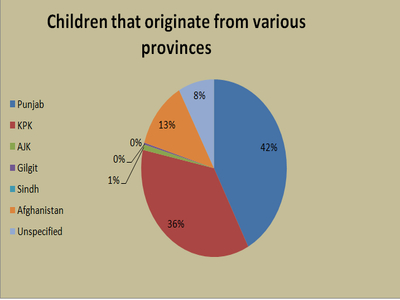 Fig 2: The figure describes the source provinces from which the Children were being trafficked to Murree 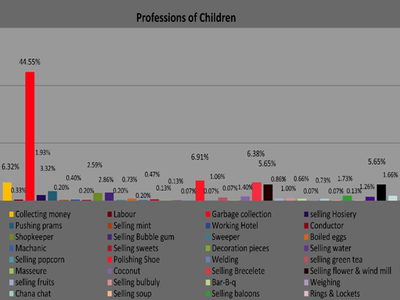 Fig 3: The figure describe the profession/work that the Children were put into; once Trafficked to Murree 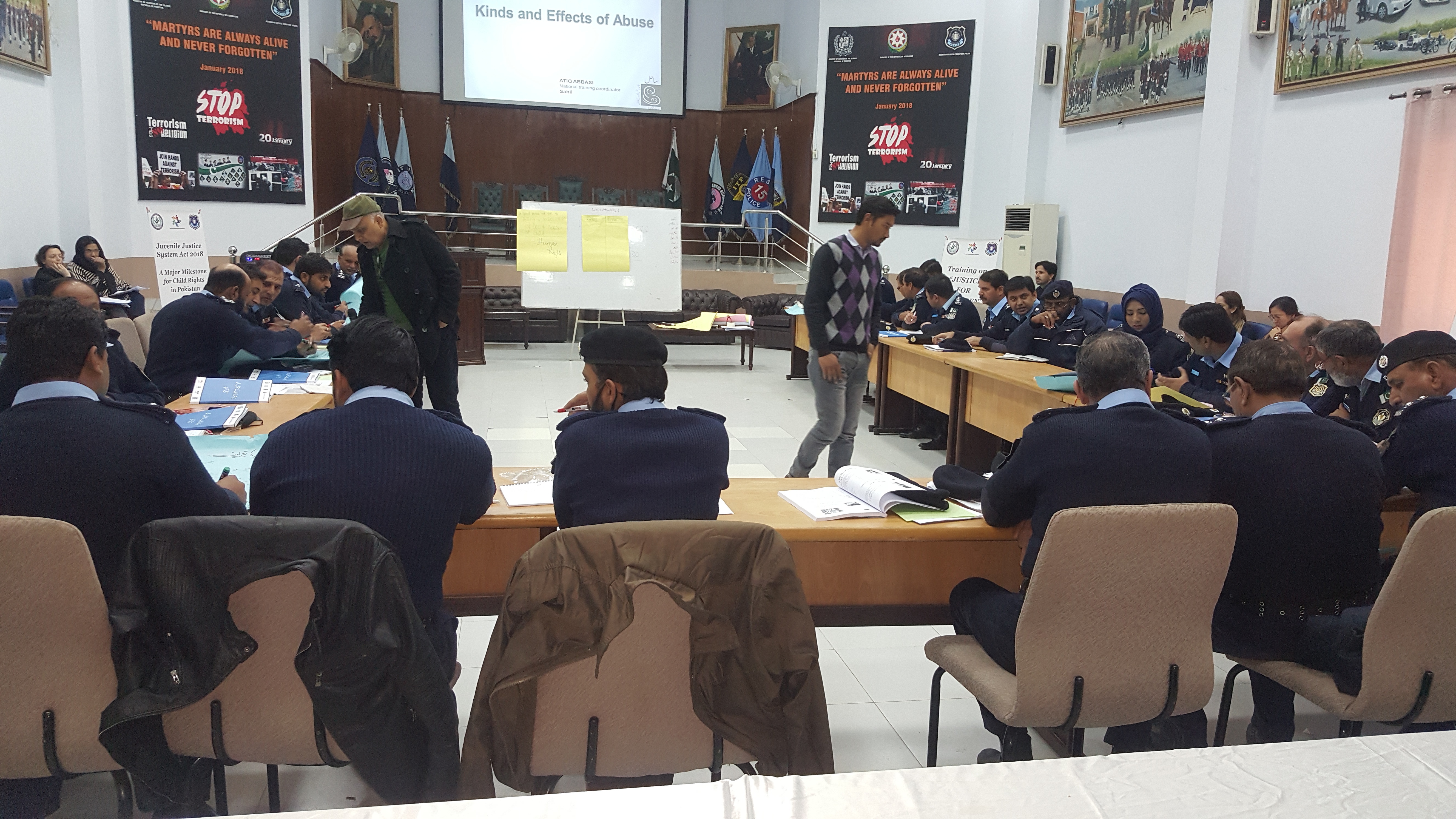 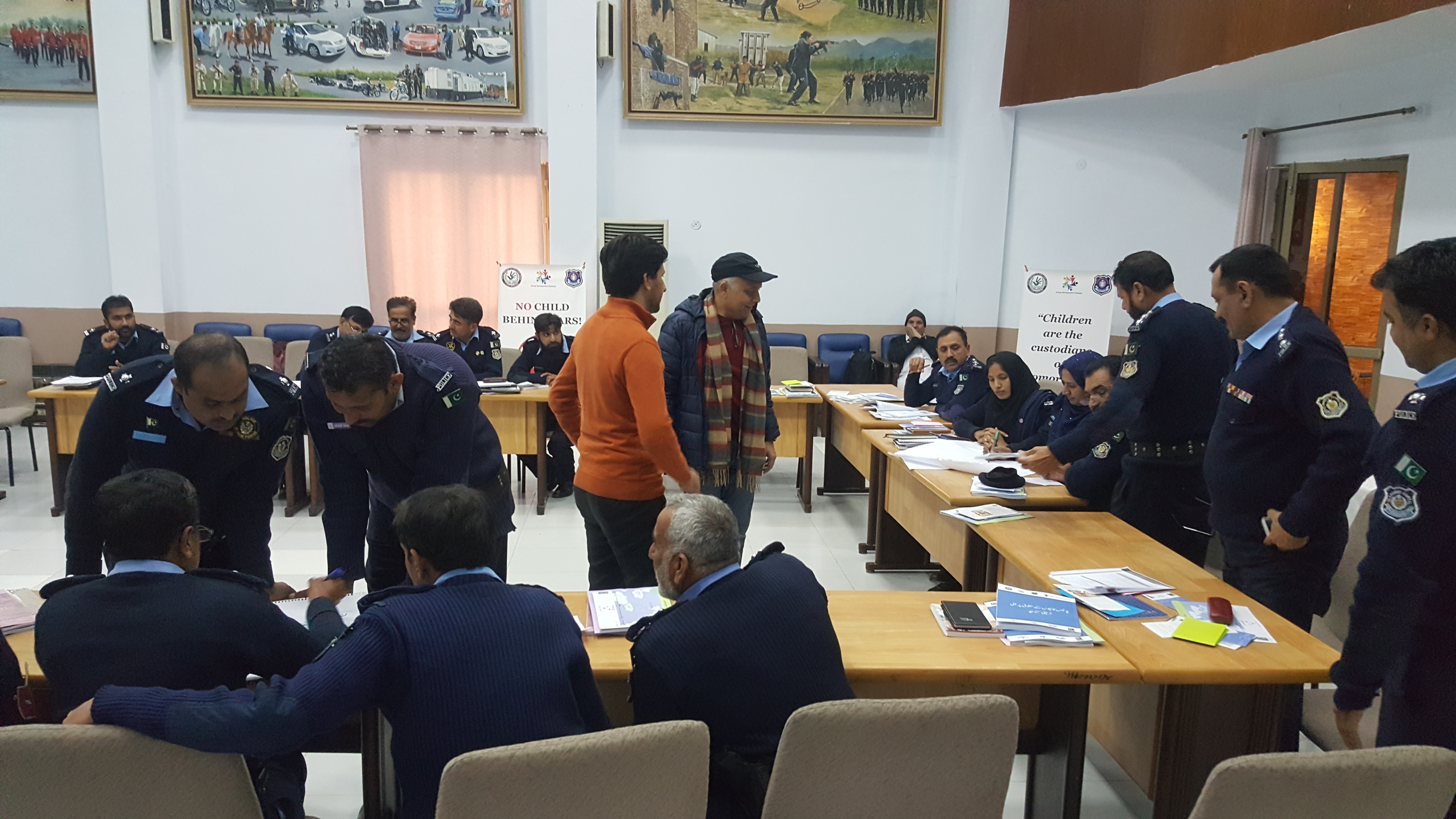 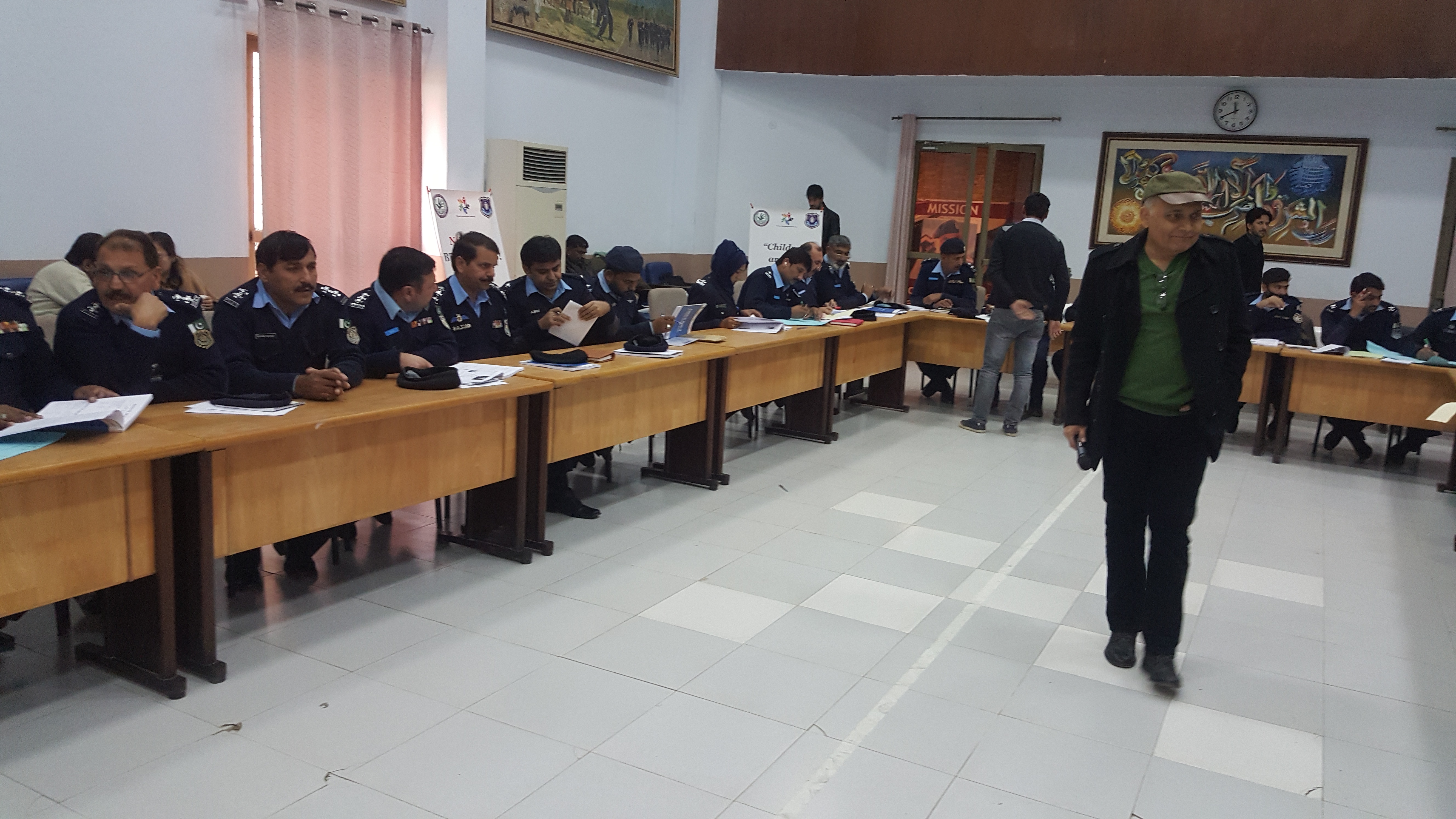 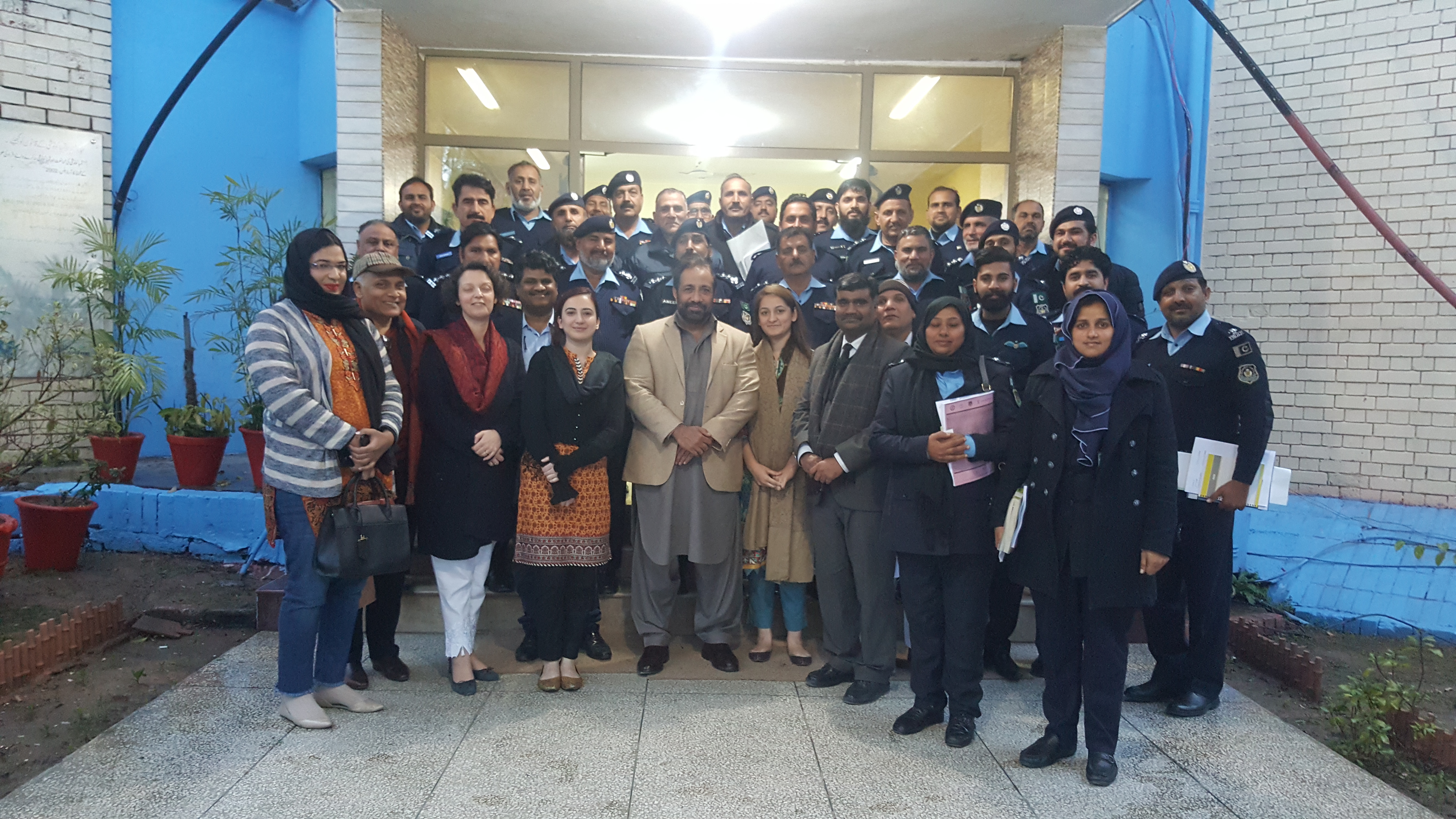